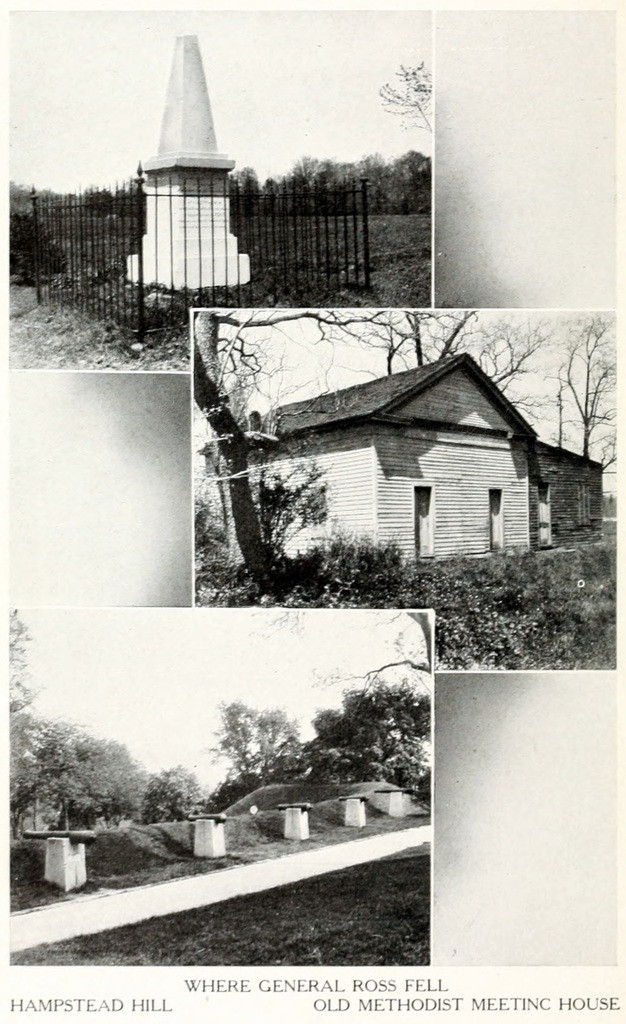 View of memorial cannons in Patterson Park (bottom left) and other battle memorials, 1914.

Patterson Park has been through remarkable changes from its early days as Hampstead Hill to the walking paths, fishing pond, ice skating rink, and bustle of uses today. Despite all those changes, the park’s history as the site where Baltimoreans came together to defend the city against a British invasion in the War of 1812 is still visible.

Recently restored cannons line the hillside next to the Pagoda that were originally installed in 1914 during the centennial celebration of the Battle of Baltimore. Artifacts uncovered during the We Dig Hampstead Hill archaeology project are soon to be housed in a display case inside the Pagoda. And of course the curves and dips in the hillside near the Pagoda are physical reminders of the defensive earthworks that Baltimore’s Defenders erected to repel the British invasion in 1814.