After the War, Laudenslager’s tavern and butcher’s shop resumed its normal operations as a meeting place for travelers and a slaughter house. The defensive earthworks remained and were an attraction for visitors who could tour the site before enjoying a meal at the tavern. In fact, Susan Laudenslager renamed her family's establishment “Fort Defiance Hotel” and took out advertisements in 1824 to encourage War tourism visitors. Mrs. Laudenslager stopped running the tavern in 1827 or 1828, shortly after William Patterson gifted the land to Baltimore for use as a war memorial.

“[The tavern is] interesting alike to seaman and soldier, and calculated to awaken in the minds of all the pleasing recollection of the glorious and successful resistance made by Fort McHenry… and many who shared in the toils and privations of that interesting period will also recollect the efforts made by the proprietor [Susan Laudenslager] and her late husband to contribute to the comfort and accommodation [of the troops]&rdquo 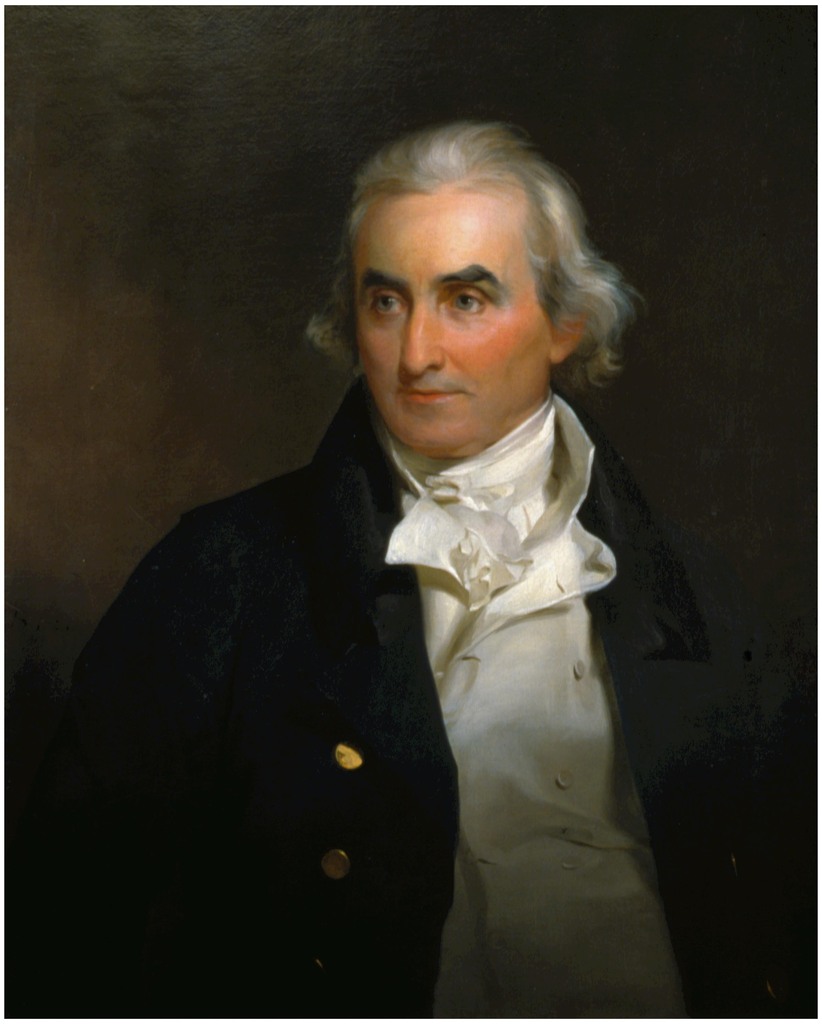 William Patterson donated his land in January 1827 to the City of Baltimore to turn the area into a public park, or “walk” as it was then called. The City accepted the land offer in April of that year, and the park was created as a rectangular area between Lombard and Pratt Street, including the main area of Hampstead Hill. From the time the land was transferred until the official opening of Patterson Park, the walk served as a memorial to the Battle of Baltimore. Patterson Park officially opened and received its name in July 1853. Festivities celebrating the opening included fireworks and a band.

In 1860, Baltimore City added an additional 29.21 acres to the park, just before it was called into service for another war effort. 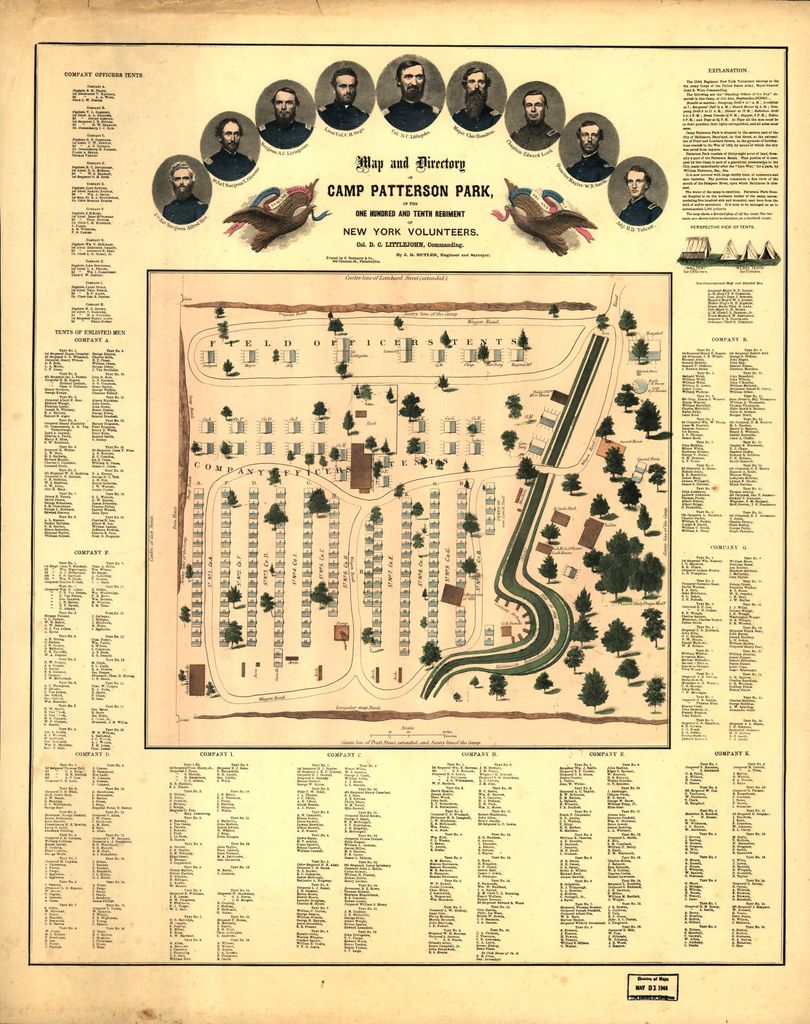 Map and directory of Camp Patterson Park, 1862. Library of Congress.

The Civil War in Patterson Park

In early 1861, Union troops set up camp in Patterson Park. The camp was designated “Camp Washburn” and it served as both camp and a hospital throughout the Civil War. Demolished in 1866, the part of the camp on Hampstead Hill housed officer’s quarters and cooking facilities. The drainage in the park was also improved during the war and a fence was constructed to keep livestock out. The marble fountain, still in the park, was constructed in 1865 during the period of troop occupation 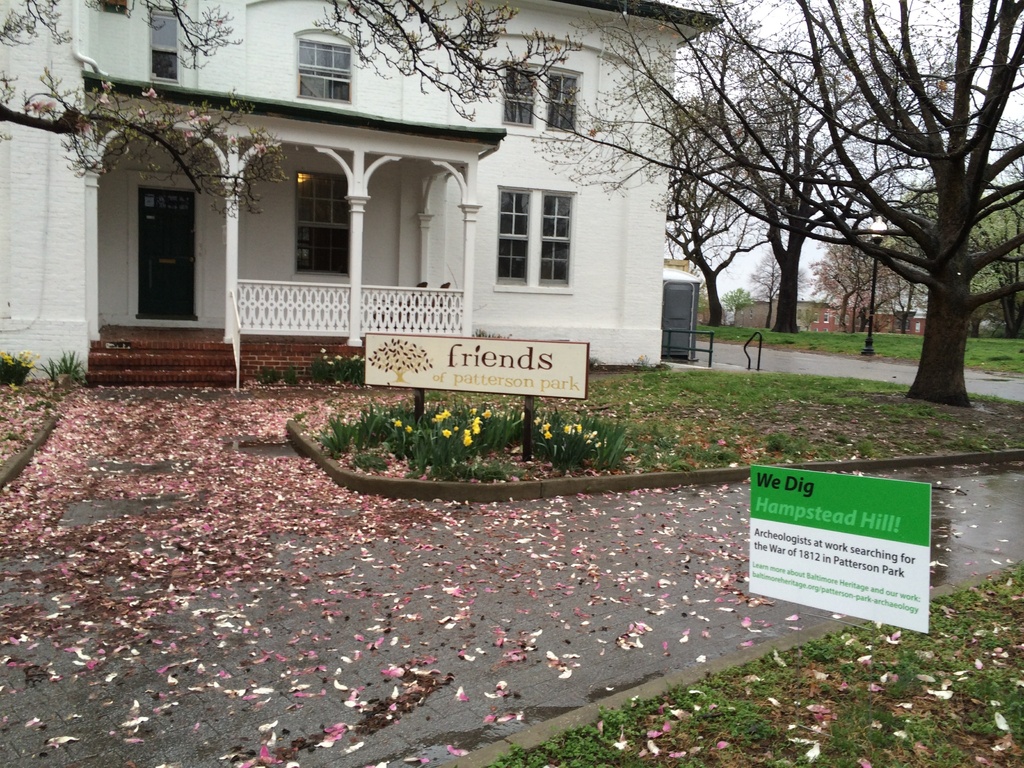 The White House (built 1869) is now the Friends of Patterson Park offices.

After the Civil War

After the Civil War, the park resumed its recreational functions. The Superintendent's House (now commonly called the “White House” along Patterson Park Avenue) was constructed in 1866 and the Lombard Street gate and entranceway were added in 1869. At this point, sketches show above-ground elements of the 1812 defenses were still preserved and visible. Patterson Park saw further expansion and improvement in 1873 when it was brought to 56 acres in size and curvilinear paths and walkways were constructed, along with a conservatory and concession stands.

An expansion in 1883 doubled the size of the park, bringing it to 112.4 acres. This expansion was also when Harris Creek, which ran through the eastern edge of the park, was put into conduits underground to control flooding. In 1891, the city built one of the park’s most iconic structures, the Patterson Park Pagoda, on Hampstead Hill. 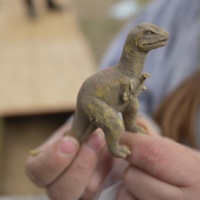 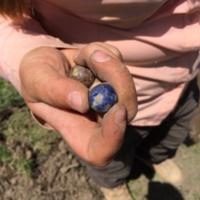 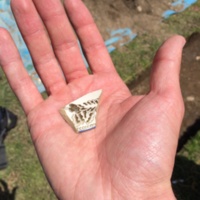 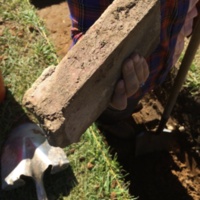 The archaeological investigation recovered numerous artifacts that reflected the development and use of the park by Baltimore residents in the 19th and 20th centuries. Going even further into history than that, in the area of Laudenslager’s Tavern, two pre-contact artifacts, flaked stone tools used as knives, were recovered.

Evidence of domestic life peeks through with discoveries like an Indian Head penny with its date obscured but likely from somewhere between the years1859-1909. Several marbles were found at different locations along with a toy teacup. Another trace of domestic life came in the form of part of a hook-and-eye fastener used in corsets and brassieres.

The discovery of several Civil War era artifacts is no surprise, given the presence of a Civil War camp at the site. At the Tavern site, archeologists found a pistol round consistent with Civil-War era Colt pistols. In one of the trenches identified from the War of 1812, researchers found a rifle shot called a Minie ball. The ball may have fallen into the 1812 layer in the course of subsequent soil disruptions. South of the pagoda, archaeologists found a Union military belt buckle.

The development and modernization of Patterson Park is reflected in the discovery of objects such as a sewer pipe of unknown, but relatively modern, date found in an excavation trench south of the Pagoda. Several pieces of arc lamp filament, testimony to the arc lamps installed in 1887, were dug up during the investigation. Other evidence of past park infrastructure is a brick drain also found south of the pagoda. Inside the ceramic pipe connected to it was a broken milk bottle dating to the 1930s.