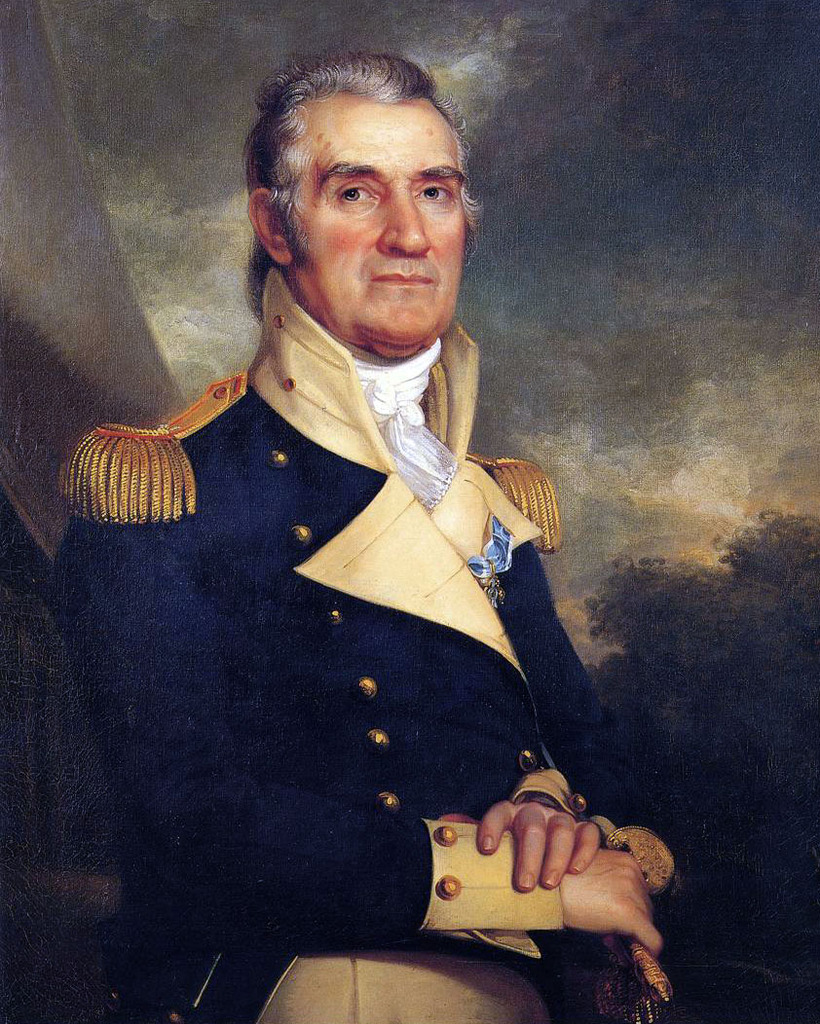 During the months surrounding the Battle of Baltimore, more than 15,000 people were stationed along the eastern defenses. The militia was composed of citizens desiring to protect their city and their fellow residents from the type of destruction recently seen in Washington D.C. Thousands more militia members from other areas joined the locals seeking to avert a devastating loss at an important American port city. These militias included citizens from Virginia and Delaware with 4,000 Pennsylvania volunteers marching down the York road on September 14.

Who defended Baltimore on Hampstead Hill?

Plummer Southcomb - Prior to the Battle of Baltimore, Plummer Southcomb served as first lieutenant aboard the schooner Price. He resided in Fells Point at 29 Alicanna Street. On August 19, 1814, Southcomb joined the First Marine Artillery of the Union under Captain George Stiles. The company dismantled guns from privateers in port and transported the weapons to the entrenchments on the eastern defensive line. Southcomb and his company stayed in that position until November 30 when they were mustered out. Southcomb then returned to the sea and by 1822 had moved to Bond Street with his wife, Elizabeth.

Archibald Golder - Archibald Golder was born in Baltimore in 1788 to a wealthy merchant family. Golder joined the family business, the import and sale of wallpaper. Archibald enlisted in the Maryland militia and was assigned the rank of private in the Columbian Artillery, commanded by Capt. Samuel Moale. He remained on the eastern defensive line until November 30, when his company was discharged. After the war Golder returned to work at his paper-hanging warehouse, located on the corner of Baltimore and Charles streets. Golder died in 1858 at the age of 70 and was buried at Green Mount Cemetery along with his second wife, Mary.

Peter Tebo Sr. - Peter Tebo, Sr. lived in Fells Point along with his son, Peter Tebo, Jr. and was living on Thames Street working as an innkeeper when the War of 1812 broke out. Both he and his son were privates in the Eagle Artillery under Capt. George J. Brown. They likely served on one of the several bastions located along the eastern defensive line from September to November 1814. Following the war Tebo Sr. returned to his job as an innkeeper.

Peter Tebo Jr.  - For several years before the war, Peter Tebo Jr. worked as a ship’s carpenter, and likely had a hand in constructing merchant vessels as well as several of the Baltimore Clippers that were responsible for harassing British shipping interests during the War of 1812. Both he and his father were privates in the Eagle Artillery under Capt. George J. Brown. They likely served on one of the several bastions located along the eastern defensive line from September to November 1814. After the war, he returned to his work as a ship’s carpenter.

Stephen Culverwell - Born in 1781, Culverwell worked as a schoolteacher and served as a sergeant in the 51st Maryland Regiment. He was likely involved in both the construction of the earthworks and the defense of the eastern perimeter until late November 1814. Following the War, Culverwell remained in Baltimore where he continued to teach until the 1840s.

Peter Walker - Peter Walker was born in Ireland around 1780. Sometime prior to the War of 1812, he immigrated to America, eventually settling in Baltimore. By the fall of 1814, he and his wife, Mary lived on Pearl Street and his occupation was listed as “laborer.” In August 19 of that year, Peter enlisted in the Maryland Militia and was given the rank of private under the command of Capt. George H. Stewart. He was stationed along the eastern line and remained on the eastern defensive line until November 18, 1814. After the war, Walker lived on Bath Street where he continued his pre-war employment. He lived in Baltimore City until his death in 1851.

James C. Wheeden – Just nine years old in 1814, James Wheeden was one of the youngest defenders of Baltimore. He was a resident of Fells Point and the son and grandson of shipwrights. In 1814, helped build the earthen defenses on Hampstead Hill. After the war he lived his life as a sail maker and lived to be 87, dying in 1892 in Fells Point.

Henry Harner - Henry Harner was born in 1786, in Amity Township, Berks County, Pennsylvania. He worked as a laborer on his father’s farm in Amity Township. Prior to the war, neither he nor any of his family had ever been to Baltimore or even left Berks County since emigrating from Germany in 1750. In August 1814, Harner and 4,000 other Pennsylvania volunteers mustered in York, Pennsylvania, to help defend Baltimore. He enlisted as a private and began to march to Baltimore, following present-day York Road. They arrived on September 14, 1814, as the British were withdrawing from the city. The Pennsylvania Militia encamped at Camp Springfield, located approximately a mile northwest of Hampstead Hill on present-day Belair Road in anticipation of a second British attack. That November, the force returned to York. After the war Henry returned to his wife, Elizabeth, and established his own farm in Berks County, where he remained, working the land with his brothers and sons until his death in 1844.

Samuel Dewees - Samuel Dewees was a Revolutionary War veteran from Manchester, Pennsylvania. When not in military service, he was shoemaker and a fife player. During the Battle of Baltimore, Dewees signed on with the 15th Maryland Regiment as a fife major. Dewees was stationed in the entrenchments on the eastern defensive line.