The War of 1812 began largely as a conflict between the United States and the British over trade disputes and sailors' rights. In 1803, Britain and France went to war and, in 1807, Britain took steps to control trade between the Americas and continental Europe. Baltimore merchants suffered under the British  requirements to ship material through British ports or acquire special licenses. At the same time, the British Navy expanded their efforts to forcibly conscript sailors into the British navy. On June 22, 1807, the Chesapeake-Leopard affair (resulting in the death of three U.S. sailors and the capture of four others) infuriated those concerned with sailors’ rights and challenged the sovereignty of the young United States. 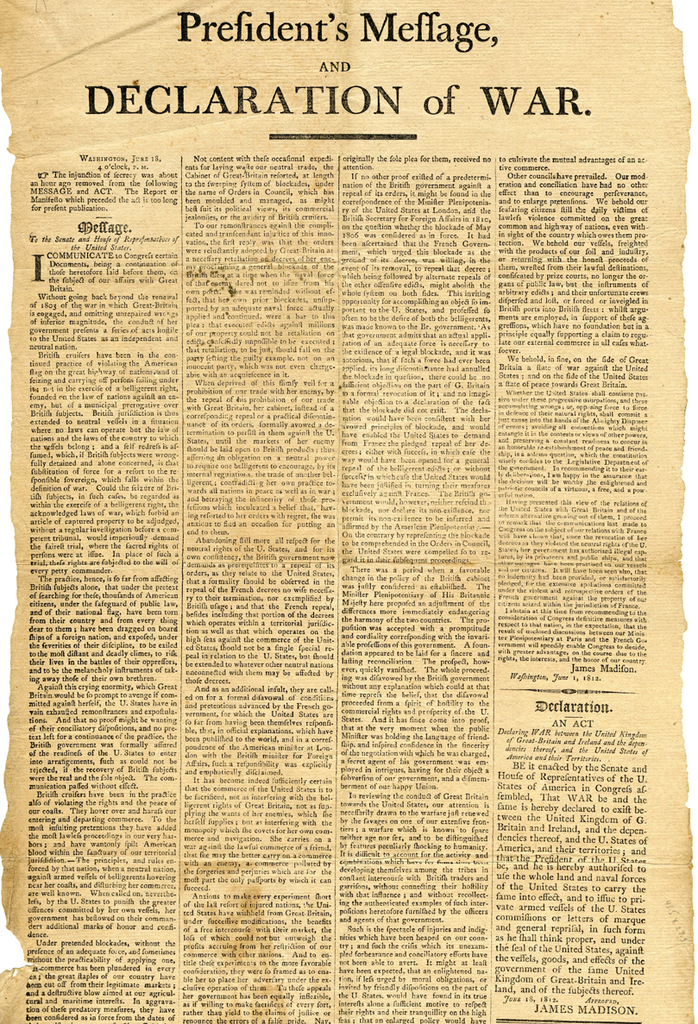 In 1808, a protest took place at Hampstead Hill, soon after known as the Baltimore Gin Riot. This event reflected the intense feelings percolating in Baltimore. It started with the September 1808 arrival of the ship Sophia. Transporting 720 gallons of gin from Rotterdam to Baltimore, the Sophia stopped at port in Harwick while passing England and voluntarily paid British taxes on the cargo.

Landing in Baltimore on September 30 to find many citizens unhappy that the British were taxing imports to the still-new new nation. Four days after the ship's arrival, Baltimoreans decided to use the Sophia's cargo of gin to vent their frustration over the tax and the merchants who paid it. In an act reminiscent of the Boston Tea Party leading to the American Revolution, Baltimoreans seized the barrels of gin, brought them to Hampstead Hill and burned them. Baltimore historian John Thomas Scharf described the scene:

“It was determined to burn this unholy gin with all the pomp and ceremony demanded by so important an occasion, and accordingly, on the 4th of October, 1808, the houses were deserted, and the city gave itself up to the celebration of the event… [C]itizens on horseback formed an immense circle, and the tributary gin was fastened to a sort of gallows in the centre, to which was attached a flag inscribed 'British Orders in Council.' At length the fagots were kindled, and the proscribed liquor blazed to heaven amidst the discharge of cannon and the applause of fifteen thousand citizens met to show their love for independence, and to burn gin that had paid tribute to England.” 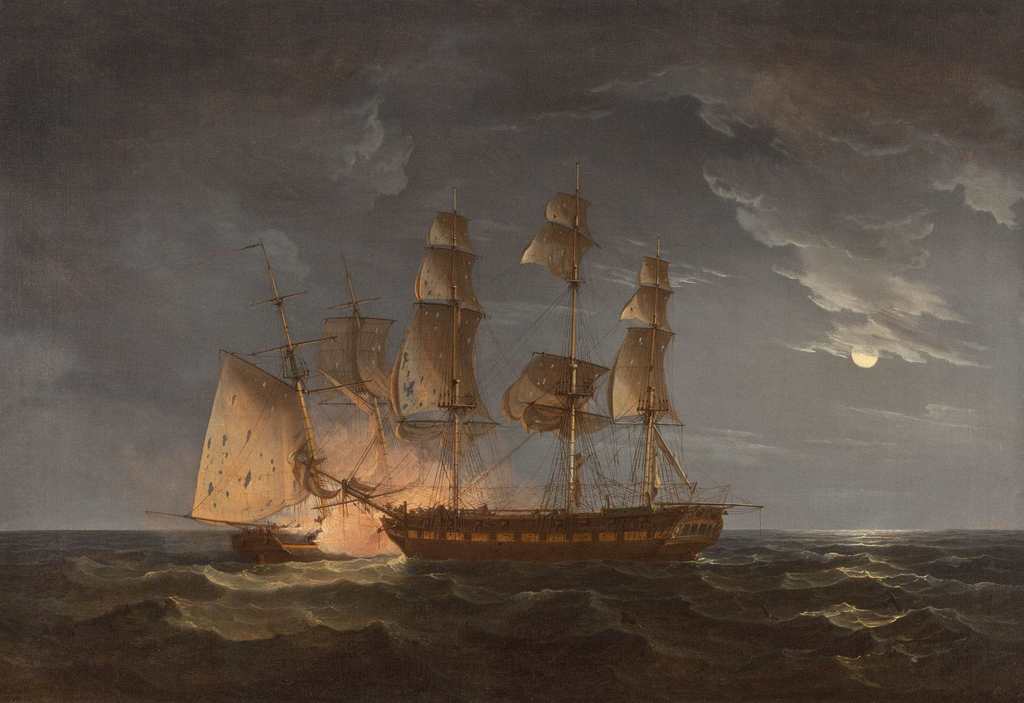 "12 at Midnight; the Hibernia Attempting to run the Comet Down," (1814) depicts the privateer Comet, captained by Baltimorean Thomas Boyle, in a battle with the British ship Hibernia. National Portrait Gallery.

Finally, on June 18, 1812, the U.S. Congress narrowly voted to declare war on Great Britain. By 1814, the War of 1812, known to its critics as Mr. Madison’s War, had left port cities like Baltimore struggling under a British blockade of merchant shipping. Instead of trades, wealthy local merchants in Baltimore invested in new factories powered by water wheels or the risky privateer ventures that chased British merchants and their cargoes around the Atlantic and Caribbean.

Despite these challenges, the shipyards, sailors, rope-makers, sail-makers and even laundries of Fell’s Point (founded in 1730 by William Fell) played an important role in supporting both the U.S. Navy and the informal fleet of privateers that attacked merchant ships belonging to British firms and those of British allies.  This support for the war made Baltimore an attractive target for the British forces in the Chesapeake.