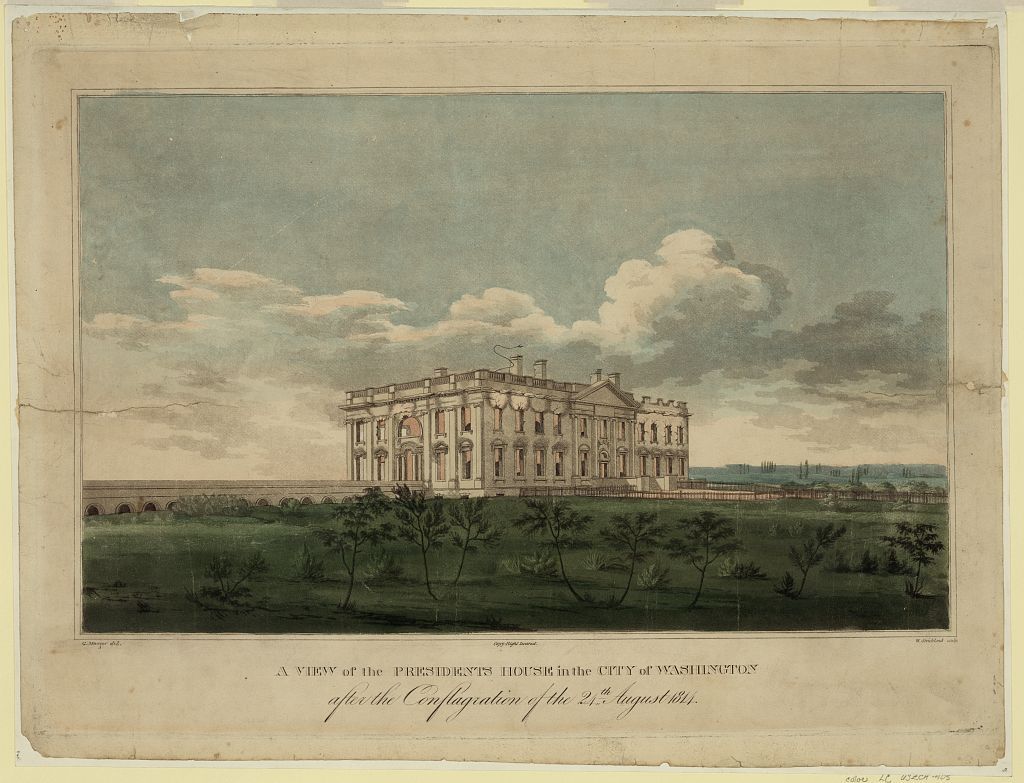 "A view of the Presidents house in the city of Washington after the conflagration of the 24th August 1814." Library of Congress.

Battle of Bladensburg and the Burning of Washington

I left Vanhorns about 8 o’clock when on the Road to McCoys Tavern an hour after I heard two or three heavy Explosions, it was considered by the Company with me as a Renewal of the Engagement but in a little Time a Light appeared in the Horizon in the Direction of the City of Washington which encreased until the Smoke and Flame were distinctly seen this Light continues to encrease to the present Hour & I have no doubt but that the British are burning the public Buildings at Washington.

From the report of several Horseman come in during the night who left our party after the defeat at Bladensburg, it seems they fled mostly on the Montgomery road some stragglers of our army are progressing this way. 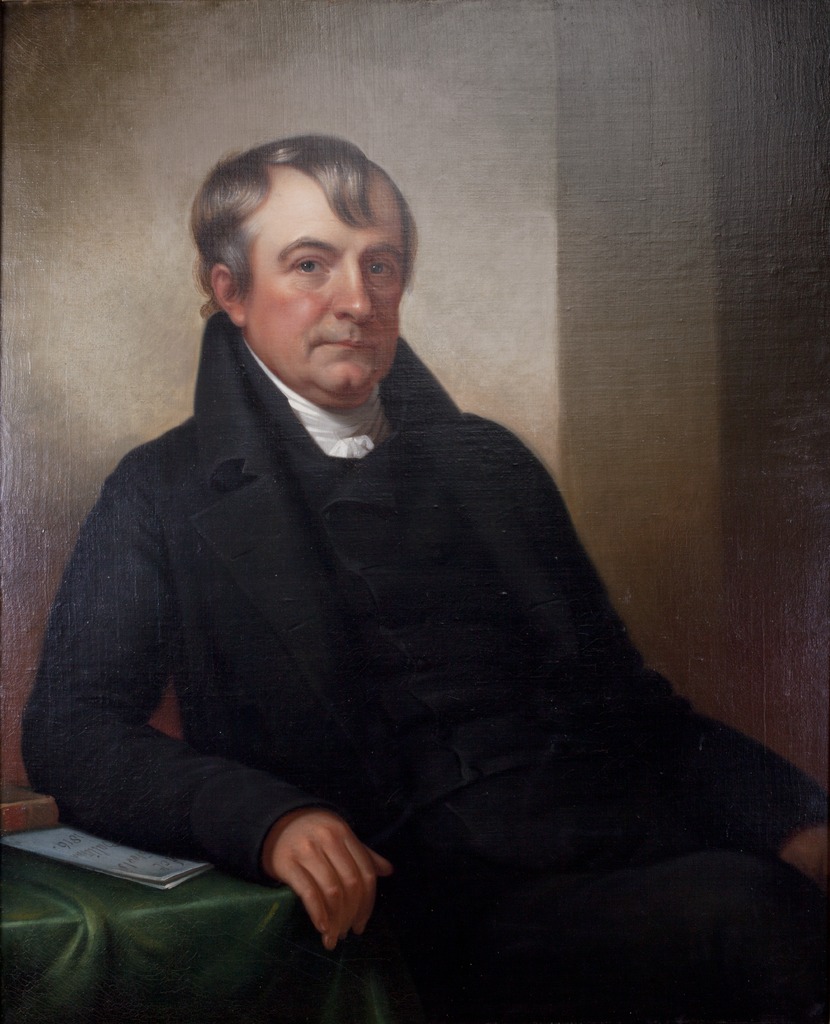 Committee for Vigiliance and Safety prepares the defenses

On August 26, two days after the British burned Washington, the Committee authorized the construction of earthworks on Hampstead Hill. Thousands of people worked tirelessly them over the next couple weeks. The ranks included men, women and children of all ages, races, and wealth. In fact, the Committee ordered all citizens exempt from militia duty to join the efforts, and directed all slave owners to supply their slaves to help. Work focused on the east approach to Baltimore as that was assumed to be the most likely British route; a correct assumption as it turned out.

“I was delighted with the scene on the hills & high grounds above Fell’s Point, & to the Eastward of this city. - They are completely covered with tents, cannons & troops of all descriptions. I was particularly pleased with the Marine Corps under Capt. [George] Stiles, the multitude collected around them saying ‘These are the men on whom we can depend.’ Coms. Rodgers, Porter & Perry are on the field, and on every spot were corps & regiments & artillery busily exercising. …Yesterday, [August 28] from 7 in the morning to 6 in the evening, a vast entrenchment, at least a mile long, was raised, as if by magic; vast numbers were busily at work, old & young, black & white. It was a most cheerful & animating scene…”

The finished defenses were an impressive sight, running from the harbor northward for more than a mile, with the high ground of Hampstead Hill standing out as they key to Baltimore's defensive position. 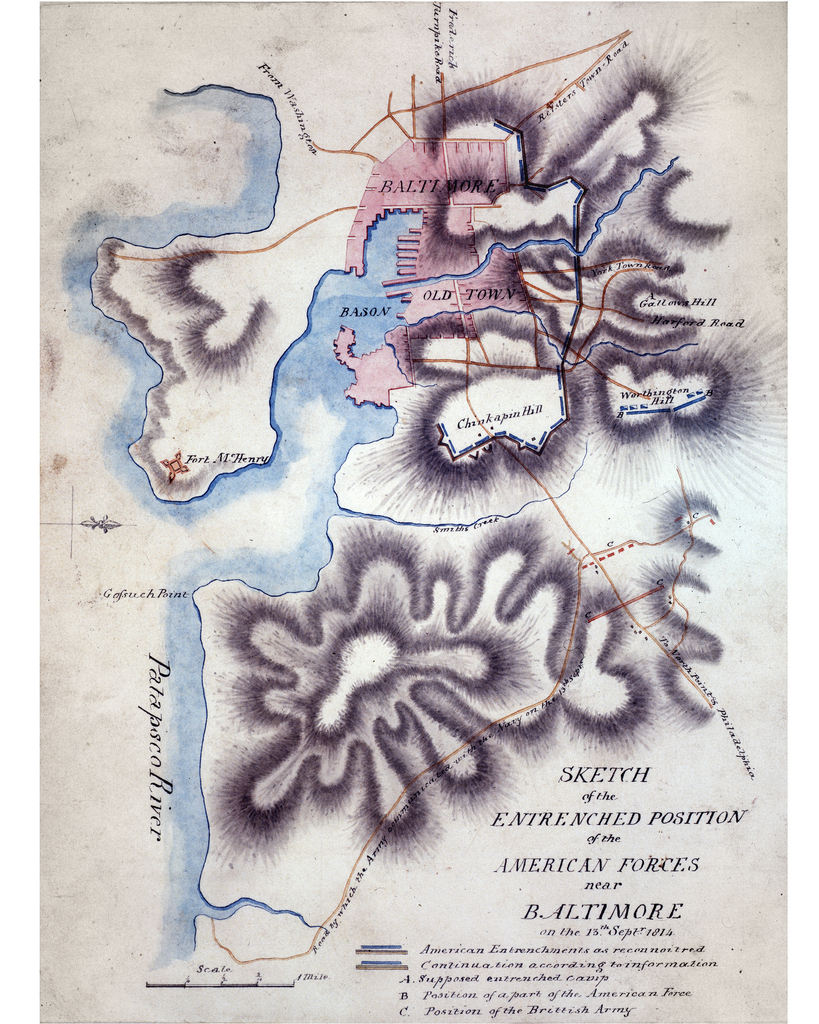 The work erecting the defensive line went on at a feverish pace and Baltimoreans waited to see what the British would do after burning Washington.

“The entrenchments go on with surprising speed. They already extend from the hill above Fell’s Point to the [Jones] Fall’s river near the gaol [jail]. Another week will complete them from Howard’s Park [today’s Mount Vernon District] quite round to the Patapsco [River].…Against veteran troops I have no great faith in this extensive ditch, but it keeps a number of men employed, gives a fancied security, & will be a shelter for our Militia men, if they will fight at all.”

By September 9, Major General Smith reported that he had 15,000 militia and federal troops in Baltimore and 48 cannon. Smith and Commodore John Rodgers established their headquarters in Hampstead Hill at Laudenslager’s Tavern. From this location they oversaw the final preparations for battle.

“I have at present encamped about 100 men, together with traveling [field] 12 pounders completely equipped for movement. The camp is in a salubrious, and commanding situation; calculated, from its elevated site, to hold a wide range of country in check.” 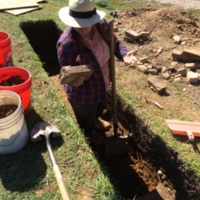 Excavating a trench across the defensive line, 2014 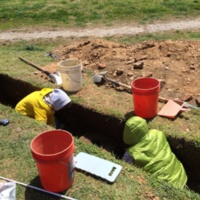 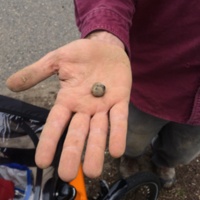 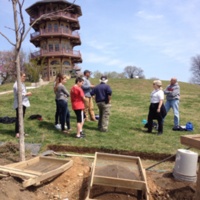 Tour group at the excavation site, 2014

Archaeology of the Defensive Works

During the We Dig Hampstead Hill project, a combination of research, maps and archeological investigation enabled the team to trace the fortifications more than 700 feet across Patterson Park. Using remote sensing to pinpoint the location of the defensive works on the hillside, the archaeology team dug two trenches on the north and south sides of the Pagoda. The trenches cut across where remote sensing indicated the defensive works were located.

The area of the defensive works shows many layers of disturbed soil, including impact from the instillation of underground utility lines. Additionally, archeologists found evidence of a re-created War of 1812 trench south of the Pagoda. The re-creation was likely part of the centennial celebrations in 1914.

In 1814, many above ground elements existed along the earthwork that are gone with no discernible trace. Despite this, the elements that remain below the surface are intact enough to provide more information about the activities in Patterson Park during both the War of 1812 and the Civil War. Beyond the potential information the site contains, more symbolically, it also maintains a link between this key event in history and present-day Baltimore. Its presence keeps the memory of this moment of civic pride and unity alive.